Akshay Agrawal, Shane Barratt and Stephen Boyd, "Learning Convex Optimization Models," IEEE/CAA J. Autom. Sinica, vol. 8, no. 8, pp. 1355-1364, Aug. 2021. doi: 10.1109/JAS.2021.1004075.
Cooperative Multi-Agent Control for Autonomous Ship Towing Under Environmental Disturbances
Zhe Du, Rudy R. Negenborn, Vasso Reppa
2021, 8(8): 1365-1379. doi: 10.1109/JAS.2021.1004078
Abstract HTML PDF [Cited By] ()
Abstract:
Among the promising application of autonomous surface vessels (ASVs) is the utilization of multiple autonomous tugs for manipulating a floating object such as an oil platform, a broken ship, or a ship in port areas. Considering the real conditions and operations of maritime practice, this paper proposes a multi-agent control algorithm to manipulate a ship to a desired position with a desired heading and velocity under the environmental disturbances. The control architecture consists of a supervisory controller in the higher layer and tug controllers in the lower layer. The supervisory controller allocates the towing forces and angles between the tugs and the ship by minimizing the error in the position and velocity of the ship. The weight coefficients in the cost function are designed to be adaptive to guarantee that the towing system functions well under environmental disturbances, and to enhance the efficiency of the towing system. The tug controller provides the forces to tow the ship and tracks the reference trajectory that is computed online based on the towing angles calculated by the supervisory controller. Simulation results show that the proposed algorithm can make the two autonomous tugs cooperatively tow a ship to a desired position with a desired heading and velocity under the (even harsh) environmental disturbances.

Zhe Du, Rudy R. Negenborn and Vasso Reppa, "Cooperative Multi-Agent Control for Autonomous Ship Towing Under Environmental Disturbances," IEEE/CAA J. Autom. Sinica, vol. 8, no. 8, pp. 1365-1379, Aug. 2021. doi: 10.1109/JAS.2021.1004078.
Radial Basis Function Interpolation and Galerkin Projection for Direct Trajectory Optimization and Costate Estimation
Hossein Mirinejad, Tamer Inanc, Jacek M. Zurada
2021, 8(8): 1380-1388. doi: 10.1109/JAS.2021.1004081
Abstract HTML PDF [Cited By] ()
Abstract:
This work presents a novel approach combining radial basis function (RBF) interpolation with Galerkin projection to efficiently solve general optimal control problems. The goal is to develop a highly flexible solution to optimal control problems, especially nonsmooth problems involving discontinuities, while accounting for trajectory accuracy and computational efficiency simultaneously. The proposed solution, called the RBF-Galerkin method, offers a highly flexible framework for direct transcription by using any interpolant functions from the broad class of global RBFs and any arbitrary discretization points that do not necessarily need to be on a mesh of points. The RBF-Galerkin costate mapping theorem is developed that describes an exact equivalency between the Karush–Kuhn–Tucker (KKT) conditions of the nonlinear programming problem resulted from the RBF-Galerkin method and the discretized form of the first-order necessary conditions of the optimal control problem, if a set of discrete conditions holds. The efficacy of the proposed method along with the accuracy of the RBF-Galerkin costate mapping theorem is confirmed against an analytical solution for a bang-bang optimal control problem. In addition, the proposed approach is compared against both local and global polynomial methods for a robot motion planning problem to verify its accuracy and computational efficiency.

Hossein Mirinejad, Tamer Inanc and Jacek M. Zurada, "Radial Basis Function Interpolation and Galerkin Projection for Direct Trajectory Optimization and Costate Estimation," IEEE/CAA J. Autom. Sinica, vol. 8, no. 8, pp. 1380-1388, Aug. 2021. doi: 10.1109/JAS.2021.1004081.
An RGB-D Camera Based Visual Positioning System for Assistive Navigation by a Robotic Navigation Aid
He Zhang, Lingqiu Jin, Cang Ye
2021, 8(8): 1389-1400. doi: 10.1109/JAS.2021.1004084
Abstract HTML PDF [Cited By] ()
Abstract:
There are about 253 million people with visual impairment worldwide. Many of them use a white cane and/or a guide dog as the mobility tool for daily travel. Despite decades of efforts, electronic navigation aid that can replace white cane is still research in progress. In this paper, we propose an RGB-D camera based visual positioning system (VPS) for real-time localization of a robotic navigation aid (RNA) in an architectural floor plan for assistive navigation. The core of the system is the combination of a new 6-DOF depth-enhanced visual-inertial odometry (DVIO) method and a particle filter localization (PFL) method. DVIO estimates RNA’s pose by using the data from an RGB-D camera and an inertial measurement unit (IMU). It extracts the floor plane from the camera’s depth data and tightly couples the floor plane, the visual features (with and without depth data), and the IMU’s inertial data in a graph optimization framework to estimate the device’s 6-DOF pose. Due to the use of the floor plane and depth data from the RGB-D camera, DVIO has a better pose estimation accuracy than the conventional VIO method. To reduce the accumulated pose error of DVIO for navigation in a large indoor space, we developed the PFL method to locate RNA in the floor plan. PFL leverages geometric information of the architectural CAD drawing of an indoor space to further reduce the error of the DVIO-estimated pose. Based on VPS, an assistive navigation system is developed for the RNA prototype to assist a visually impaired person in navigating a large indoor space. Experimental results demonstrate that: 1) DVIO method achieves better pose estimation accuracy than the state-of-the-art VIO method and performs real-time pose estimation (18 Hz pose update rate) on a UP Board computer; 2) PFL reduces the DVIO-accrued pose error by 82.5% on average and allows for accurate wayfinding (endpoint position error ≤ 45 cm) in large indoor spaces.

He Zhang, Lingqiu Jin and Cang Ye, "An RGB-D Camera Based Visual Positioning System for Assistive Navigation by a Robotic Navigation Aid," IEEE/CAA J. Autom. Sinica, vol. 8, no. 8, pp. 1389-1400, Aug. 2021. doi: 10.1109/JAS.2021.1004084.
Robust Controller Synthesis and Analysis in Inverter-Dominant Droop-Controlled Islanded Microgrids
S. Mohsen Azizi
2021, 8(8): 1401-1415. doi: 10.1109/JAS.2021.1004006
Abstract HTML PDF [Cited By] ()
Abstract:
This work investigates the problem of controller design for the inverters in an islanded microgrid. Robust -synthesis controllers and local droop controllers are designed to regulate the output voltages of inverters and share power among them, respectively. The designed controllers alleviate the need for additional sensors to measure the states of the system by relying only on output feedback. It is shown that the designed -synthesis controller properly damps resonant oscillations, and its performance is robust to the control-loop time delay and parameter uncertainties. The stability of a droop-controlled islanded microgrid including multiple distributed generation (DG) units is analyzed by linearizing the nonlinear power flow model around the nominal operating point and applying theorems from linear algebra. It is indicated that the droop controller stabilizes the microgrid system with dominantly inductive tie-line impedances for all values of resistive-inductive loads, while for the case of resistive-capacitive loads the stability is conditioned on an upper bound on the load susceptances. The robust performance of the designed -synthesis controller is studied analytically, compared with the similar analysis in an control (benchmark) framework, and verified by simulations for a four DG benchmark microgrid. Furthermore, the robustness of the droop controllers is analyzed by Monte Carlo simulations in the presence of local voltage fluctuations and phase differences among neighboring DGs.

S. Mohsen Azizi, "Robust Controller Synthesis and Analysis in Inverter-Dominant Droop-Controlled Islanded Microgrids," IEEE/CAA J. Autom. Sinica, vol. 8, no. 8, pp. 1401-1415, Aug. 2021. doi: 10.1109/JAS.2021.1004006.
Development of Granular Fuzzy Relation Equations Based on a Subset of Data
Dan Wang, Xiubin Zhu, Witold Pedycz, Zhenhua Yu, Zhiwu Li
2021, 8(8): 1416-1427. doi: 10.1109/JAS.2021.1004054
Abstract HTML PDF [Cited By] ()
Abstract:
Developing and optimizing fuzzy relation equations are of great relevance in system modeling, which involves analysis of numerous fuzzy rules. As each rule varies with respect to its level of influence, it is advocated that the performance of a fuzzy relation equation is strongly related to a subset of fuzzy rules obtained by removing those without significant relevance. In this study, we establish a novel framework of developing granular fuzzy relation equations that concerns the determination of an optimal subset of fuzzy rules. The subset of rules is selected by maximizing their performance of the obtained solutions. The originality of this study is conducted in the following ways. Starting with developing granular fuzzy relation equations, an interval-valued fuzzy relation is determined based on the selected subset of fuzzy rules (the subset of rules is transformed to interval-valued fuzzy sets and subsequently the interval-valued fuzzy sets are utilized to form interval-valued fuzzy relations), which can be used to represent the fuzzy relation of the entire rule base with high performance and efficiency. Then, the particle swarm optimization (PSO) is implemented to solve a multi-objective optimization problem, in which not only an optimal subset of rules is selected but also a parameter ε for specifying a level of information granularity is determined. A series of experimental studies are performed to verify the feasibility of this framework and quantify its performance. A visible improvement of particle swarm optimization (about 78.56% of the encoding mechanism of particle swarm optimization, or 90.42% of particle swarm optimization with an exploration operator) is gained over the method conducted without using the particle swarm optimization algorithm.

Yue Zhao, Ze Chen, Chunjie Zhou, Yu-Chu Tian and Yuanqing Qin, "Passivity-Based Robust Control Against Quantified False Data Injection Attacks in Cyber-Physical Systems," IEEE/CAA J. Autom. Sinica, vol. 8, no. 8, pp. 1440-1450, Aug. 2021. doi: 10.1109/JAS.2021.1004012.
Distributed Subgradient Algorithm for Multi-Agent Optimization With Dynamic Stepsize
Xiaoxing Ren, Dewei Li, Yugeng Xi, Haibin Shao
2021, 8(8): 1451-1464. doi: 10.1109/JAS.2021.1003904
Abstract HTML PDF [Cited By] ()
Abstract:
In this paper, we consider distributed convex optimization problems on multi-agent networks. We develop and analyze the distributed gradient method which allows each agent to compute its dynamic stepsize by utilizing the time-varying estimate of the local function value at the global optimal solution. Our approach can be applied to both synchronous and asynchronous communication protocols. Specifically, we propose the distributed subgradient with uncoordinated dynamic stepsizes (DS-UD) algorithm for synchronous protocol and the AsynDGD algorithm for asynchronous protocol. Theoretical analysis shows that the proposed algorithms guarantee that all agents reach a consensus on the solution to the multi-agent optimization problem. Moreover, the proposed approach with dynamic stepsizes eliminates the requirement of diminishing stepsize in existing works. Numerical examples of distributed estimation in sensor networks are provided to illustrate the effectiveness of the proposed approach.

Xiaoxing Ren, Dewei Li, Yugeng Xi and Haibin Shao, "Distributed Subgradient Algorithm for Multi-Agent Optimization With Dynamic Stepsize," IEEE/CAA J. Autom. Sinica, vol. 8, no. 8, pp. 1451-1464, Aug. 2021. doi: 10.1109/JAS.2021.1003904.
Kernel Generalization of Multi-Rate Probabilistic Principal Component Analysis for Fault Detection in Nonlinear Process
Donglei Zheng, Le Zhou, Zhihuan Song
2021, 8(8): 1465-1476. doi: 10.1109/JAS.2021.1004090
Abstract HTML PDF [Cited By] ()
Abstract:
In practical process industries, a variety of online and offline sensors and measuring instruments have been used for process control and monitoring purposes, which indicates that the measurements coming from different sources are collected at different sampling rates. To build a complete process monitoring strategy, all these multi-rate measurements should be considered for data-based modeling and monitoring. In this paper, a novel kernel multi-rate probabilistic principal component analysis (K-MPPCA) model is proposed to extract the nonlinear correlations among different sampling rates. In the proposed model, the model parameters are calibrated using the kernel trick and the expectation-maximum (EM) algorithm. Also, the corresponding fault detection methods based on the nonlinear features are developed. Finally, a simulated nonlinear case and an actual pre-decarburization unit in the ammonia synthesis process are tested to demonstrate the efficiency of the proposed method. 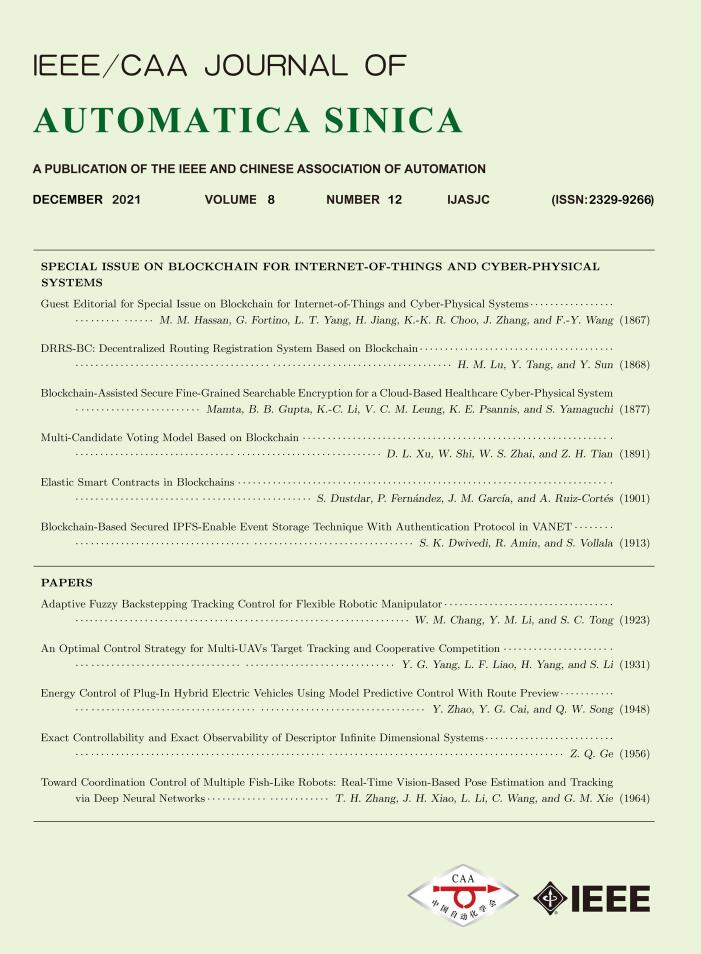